We've finally managed to capture the moment as our winners collected their prizes. How easy was it to win? This easy .....  they simply responded to our 5 minute survey. Now for the moment we have been waiting for, presenting our three winners.

And the winners of our survey competition are:


Congratulations to all our winners and a sincere thank you to everyone who has responded to our survey. Your feedback allows us to service you better.
Posted by eNetworks at 11:59 AM 0 comments

Lessons from a growing company ... especially around public holidays ...

Public holidays are great, but a chinese-torture to employers. Not only do holidays need to be paid for, but staff on "stand-by" need to be scheduled and backup plans put into place.

What can you do to minimise downtime and make the most out of public holidays:
Either way, in between the back up plans public holidays exist and if you can, try and enjoy it.
Posted by eNetworks at 5:01 AM 0 comments

Attended the ITWeb Social Security Summit at the Southern Sun, presented by Kaspersky Lab and ITWeb. Stefan Tanase, Senior Security Researcher from Romania, flew in just for the event and delivered his presentation.

The top tips highlighted were:
Top 5 threats for business:
Tips for staying safe: 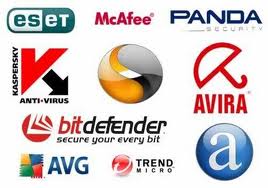 For information on eNetworks Anti-Virus products, visit our website www.enetworks.co.za
Posted by eNetworks at 11:40 PM 0 comments 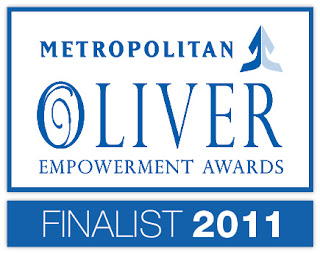 Our hearty CONGRATULATIONS, from all of us at eNetworks, to Dumisa Melane, one of our Directors for being nominated a finalist in the: 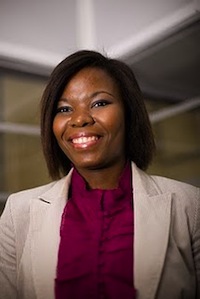 "Top Black Female Entrepreneur"
category for the Metropolitan Oliver Empowerment Awards (MOEA) 2011.
Nominated along with other phenomenal women such as:
Dumisa currently fills the role as Customer Relationship Manager at eNetworks and has been with the company for ten years. 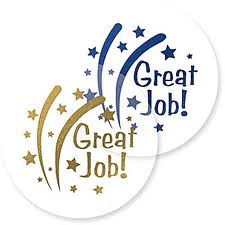 
A decade of empowerment progress came to a spectacular climax last night (Thurs. March 24) with presentations to the country’s foremost champions of empowerment in the public and private sectors, among major corporates and across the ranks of small, medium and micro enterprises.

10th Metropolitan Oliver Empowerment Awards (the ‘Olivers’), the mark of BEE distinction for transformation leaders, were bestowed by guest of honour and keynote speaker Mr Thembelani Nxesi (Deputy Minister of Rural Development and Land Reform) at the Sandton Convention Centre before an elite audience of political and business leaders and media personalities.


The Olivers are hosted every year by Impumelelo, a pioneering publication dedicated to black business success, and organised by Topco Media in partnership with headline sponsor Metropolitan, the leading life assurer and investment solutions provider."
- Extract sourced from official press release provided by Topco Media.


About Topco Media
Topco Media is a leader in South African business-to-business communication, where our primary service and product offerings i.e. Events and Publishing, aim to reward, celebrate and advertise the best in South African business and government; educate; inform; foster relationships; and facilitate understanding on a range of topical issues and subjects.

For more information on how winners and finalists are selected, visit the MOEA Website.
Posted by eNetworks at 4:31 AM 0 comments

A glance at where the world is moving toward ...

I am a lady, but not any kind of lady, I am a lady who is completely and utterly in love, no, obsessed with technology and the way the world evolves around it. I love it so much that I made a career out of it. Fourteen years later, here I stand. Every now and then, I gaze at what is, what was and what will be?

The evidence that technology is made the world flat is irrefutable. Those of us who are technophobes are being roped in by new user interfaces such as touch screens and voice activation. Gone are the days where one could shy away from being connected and gone are the days when we could simply disappear for days without an IM, DM or SMS asking "where are you?" Yes, technology has invaded every sphere of life.
As a consumer, the way we transact online is becoming simpler yet more complex. We demand user friendly front-end experiences, safe and secure back-end experiences and because of our assumptions that is should be there, sometimes, we fall prey to hoax sites and scams.

Here are some tips to keep you safe online:

What about businesses? How are they affected? Businesses are being bombarded by information overload, a flurry of new and ever improving web applications and life is starting to move into the Cloud. Bottom line? Businesses need to ensure that:
Tips for business?
At the end of the day, be careful online but enjoy it. There are so many applications and websites designed to enjoy and make life easier. Knowing how to filter the fluff from the awesomely-incredible is an art you learn over time, but ...... it does happen.
Posted by eNetworks at 4:36 AM 0 comments

Info overload because of unsolicited email? We can help! 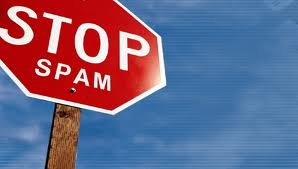 Checking email first thing in the morning adds the first layer of anxiety for the day. First, we look for important email, but the holy grail of emails seems to be drenched in that which we call "UNSOLICITED EMAIL". One cup of tea/coffee down and we're already "ansi" about the day ahead.


Wouldn't it be great if we could reduce our
email by as much as 90%?
We've spent years researching and testing various ways to do JUST that and have developed a SPAM SCANNING SOLUTION.

How does it work?
WHAT HAPPENS to DISCARDED MAIL? It is kept for 5 days in the event recovery is required.

For more information on our SPAM SCANNING SOLUTION, download the brochure explaining more.

We care about providing solutions which solve your problems, saving you time and money. Give the brochure a browse, then give us a call.

Posted by eNetworks at 2:19 AM 0 comments 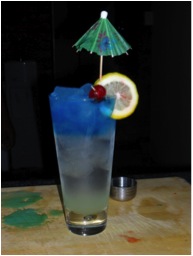 Who says celebrations have to happen at the end of the year? Our motto, celebrate anytime! To get our team motivated for a great year ahead, we gathered all staff for a "cocktail shake-down".
As our staff arrived at the office, they were greeted with a cocktail demonstration and drinks with colourful umbrellas.

Seeing that the shake-down was a competition, everyone was eager for the games to begin. The participants had a limited time to invent their own cocktail, along with a name for their creation.
These drinks were judged on: 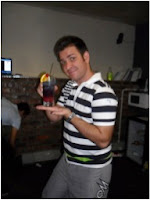 It was pure entertainment for everyone as the competitors got stuck into their cocktail mixing. Those not taking part in the "cocktail shake-down" watched as spirits got mixed, shakers clattered, blenders buzzed and pineapple flew.

As you can imagine we had some seriously creative cocktails, some that looked absolutely fantastic and others that just looked well...what can I say ... interesting :).
There were three judges (all staff) who had the difficult task judging the cocktails. One of the judging criteria was "taste" and boy did they taste the good, the bad and the down right yukky. The good ones looked appetizing, interesting and ultimately tasted good, but then there were the “special” ones... say hello to “what the hell is that!?!”.
The memory is scarred by one drink in particular...the "Chunky Cocktail" that looked like it had been cooked up in a lab.  It had an interesting blue-green colour with a strange texture I can only hope was pineapple.

I had the pleasure (or displeasure) of tasting this one. As you sucked on the straw something gets lodged in it (blowing is not an option as the glass is full to the top) and the only option is to suck harder.  Close your eyes and wait for it...WACK, a chunk of pineapple gets shot down your throat with a flourish of strong alcohol.  Shame those poor judges, but they were great sports and did a great job of judging!

A huge THANK YOU to the THREE of them.
After much deliberation three winners were selected. Taking 1st place was Ezaad and his drink "The Broken Toon nael" in 2nd place was Conrad and his "Vesper Martini", and in 3rd place were Karen and Melanie with their drink "It’s a wrap".

Well done to the three winners who all won prizes for their efforts. 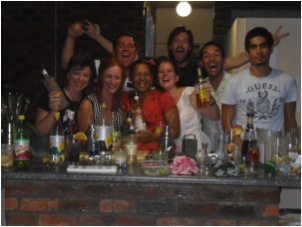 What is a party without the great people?  Luckily, we have loads of them and much laughter, fun, face pulling, drinks and sticky floors were had, as one would expect from a staff-cocktail-party :)

eNetworks
eNetworks was established in 1999 to serve a niche market in the Internet Service Provision sector. The company provided mainly services as opposed to commodities in this division, and steadily refined its offerings in order to remain specialized. Over the years, eNetworks has become known for its expertise in internet access provision, security, and email system. eNetworks is a certified Cisco Partner, African Distributor of the GTA range of Firewalls and we hold HP Procurve networking certification.

Either a technical entrepreneur or an entrepreneurial techie, Jonathan Maliepaard’s track record seems to make the case for both.
Jonathan is the owner and managing director of eNetworks, the South African enterprise network services provider and ISP.